Get to know us

Risteárd Pierse, Managing Partner and Solicitor, qualified in 1988.  He has extensive experience in litigation, disputes concerning employment law, contractual and commercial disputes and equity matters. He also works in the area of probate, property law and conveyancing.  He has developed skills and knowledge in the areas of legal practice development, technology and human resources.  He is a former Chairman of the Practice Management Committee of the Incorporated Law Society of Ireland. Risteárd has had significant involvement in public affairs and charitable work. He was a member of Tralee Town Council from 1999 to 2004 and is a former President of Tralee Rotary Club and Chairman of North Kerry Branch of the Alzheimers Society. He served a 3 year term as a Director of the Brothers of Charity Southern Services from 2007 to 2009. Risteárd was Secretary (from 2009 to 2011) of The Kerry Branch of Downs Syndrome Ireland and became (from 2012 to 2014) the National Secretary of that organisation which represents the interests of over 3000 persons with Down Syndrome. He has given lectures on legal topics including Wills & Trusts, Enduring Powers of Attorney and Legal Capacity/Guardianship. He has also tutored at UCC on the subject of Contract Law. 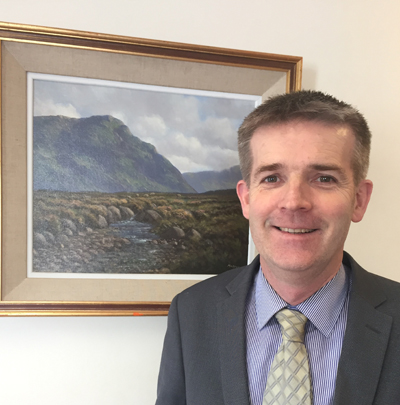